Diwali 2018: What is the significance of this Festival of Lights and feasting

The significance of Diwali is summed up in its very spirit. These 5 days of Diwali celebrates the triumph of  Good over Evil and Light over Darkness. For a deeper understanding of what is Diwali and why is it celebrated with such grandeur, the stories of Indian mythology is a must.

The amalgamation of stories taken from the Indian mythology is enticing. Each story has a life lesson to be delivered and have been passed on from one generation to the other. Perhaps one of the most alluring stories of all times is the story of Ramayana. It is towards the end of this epic, that the essence of Diwali is understood. Interestingly, Diwali as a festival is always preceded by Dhanteras and Laksmi Puja. The recount behind this is as interesting too.

An scientific insight into this festival is that its celebration coincides with the last day of a fortnight of dark nights of the Karthik month.

Diwali: The story of why lights lit up the skies for 5 days

The story of Diwali ensues with the exile of Ram for 14 years. These 14 years were his banishment into the jungle, which came about as a curse that Ram’s father had incurred. The moral of this exile is that wrongdoing, even if committed unknowingly, will always have its repercussions.

When Ram was deported to the forest, his wife Sita and his younger brother Lakhsman, refused to stay back in the palace without him. Hence Sita and Lakshman ended up accompanying Ram to the forest. Together the trio faced a lot of adversities along with the infamous kidnapping of Sita by Ravan. It is this episode that summarizes the teachings of the Ramayana. When Ram along with Lakshman and their army, defeated Ravan, it signified the triumph of Good over Evil.

After the battle with Ravan, Sita was freed from the clutches of Ravan. Ravan himself was killed by Ram in the same battle. By the time the battle ended, Ram’s 14 years of exile came to an end. He thus returned to his kingdom with Sita and Lakhsmana amidst the euphoric joy of his subjects. To welcome Ram, people lit earthen lamps through the night for days. This was the festival of Deepawali or Diwali, which till date is celebrated with the same gusto and happiness. The triumph of Goodness over Evil and Light over darkness is reiterated every year with Diwali.

Lighting of earthen lamps is a tradition. However since lights are supposed to burn throughout the night for 5 days, now a day’s decorative lights are used instead. Feasting is a part of any happy celebration and hence with Diwali, feasting on sweets, keeps up with the festive mood. 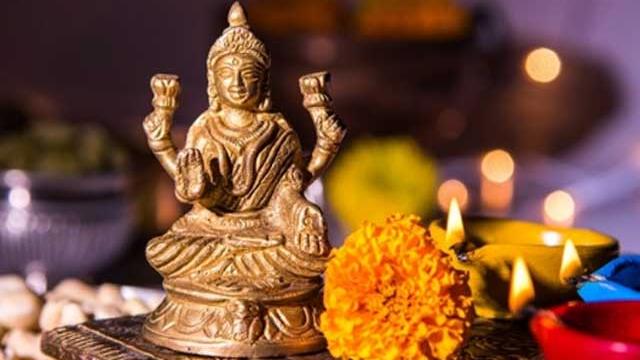 Diwali celebrations kick off with Dhanteras, which means the 13th day. The reference is towards the 13th day of the Samudra Manthan when Goddess Lakshmi emerged from the depth of the Milky ocean. It is also called Dhanvantari Trayodashi. It is believed that on this very day Dhanvantari, the Lord of medicine also emerged from the Samudra Manthan, with a jar of Elixir.

It is a day of annual house cleaning too. The major high light of this day is the lighting of oil-filled earthen lamps for Ganesha and Lakshmi along with purchases made for metals as a must. This purchase of metal is to signify Dhan.

Dhanteras is followed by Lakshmi puja two days later. This is considered an auspicious day, celebrated to welcome and honour Goddess Lakshmi.

Popularly known as Choti Diwali, this day has spiritual a significance attached to it. Naraka in Sanskrit means Hell and Chaturdasi mean the fourteenth. This is the day when ritualistically, prayers and food offerings are made for the liberty and peace of the departed ones. The saga behind this day is also to reiterate the triumph of good over evil when Krishna slew the demon Narakasura, thus liberating all of the 16,000 princesses imprisoned by Narakasura.

Post Dhanteras the Goddess of wealth, Lakshmi is worshipped for prosperity and good luck before Diwali. It is believed that she likes to reside in clean places. This is the reason why homes are cleaned diligently before Laxmi puja. On this day, the idol of Lakshmi is adorned in jewellery and offered all the sweets that were made at home or purchased. During the Puja, the story of Goddess Lakshmi’s rebirth is told, reiterating the essence of this festival. 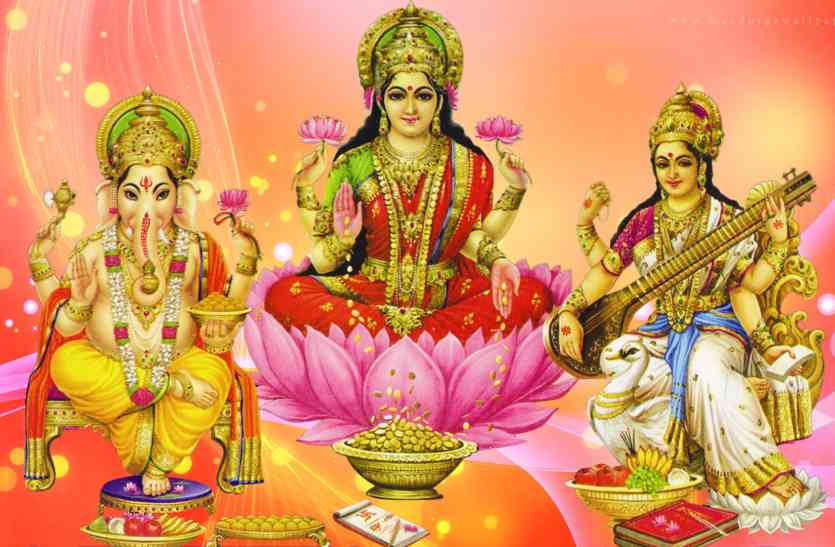 Why is Lakshmi Puja a must on Diwali

As legend has it, Diwali also marks the rebirth Lakshmi in a way. The story goes as Heaven was the abode of the gods. The chief responsibility of safeguarding heaven was on  Indra, the God of Thunder and lightning. Indra’s weakness was his ego. Once a renowned sage comes to Indra and brings a garland of rare exotic flowers from Earth as a gift. Indra considered this gift below his dignity and throws it down. Lakshmi was a witness to this incidence and could not bear the insult of a sage and the superego of Indra. She left heaven and entered the milky ocean to stay away from heaven forever. With her departure, Lakshmi took away the glory of heaven, its prosperity and good luck which had kept the asuras at bay till then.   It was then that Indra asked Vishnu for a way out. Vishnu asked him to churn the milky ocean to churn Lakshmi out of it. Thus began the famous story of Samudra Manthan that went on for 1000 days before the divine objects began to appeared. Lakshmi appeared on the 13th day, hence  Dhanteras meaning Dhan: Wealth, Teras: 13th.

That very night was one of the darkest night signifying the darkness of bad luck. Lakshmi married Vishnu that night and the universe celebrated this union with lights lit on Earth.  This is also the end of the 15 days of darkness of Karthik month.

This day is significant in many ways. This day celebrates the union of a husband and wife. Ritually, married daughters are invited by the parents along with their son in laws for a day. Some parts of the country also celebrate the day to honour the legend of Krishna saving his community of cowherds, with the Govardhan mountain as the shield from the incessant onslaught of rains and storms as brought on by Indra, as a revenge. For the farming community, this day is also referred to as Annakut. Food is cooked in generous amounts on this day, offered to the Gods and then shared with the community.

Disclaimer – “Views expressed in the blogs, are exclusive thoughts of the author and are not necessarily
aligned to Samrat India’s policies”.